HOW MUCH HAVE HOME VALUES RISEN IN YOUR NEIGHBORHOOD SINCE 2000?

Home prices in the Greater Springfield area are looking pretty good these days and that got us thinking about how much homes in our community have appreciated. People have been asking a lot of us if now is a good time to sell. Our answer depends of course on each person’s individual circumstances, but the data should be an encouragement to anyone considering a move. Here’s what the appreciation numbers look like for the Springfield area as a whole over the past 20 years.

Interest rates are historically low, making it a great time to secure a lower mortgage payment. The amount of time on the market is also very low, averaging just over a month in the Springfield area and we’re seeing a lot of homes listed and sold in the same day. Perhaps most importantly, prices are up. Those who list in our community are getting more than ever before, often seeing huge increases in value from the time they bought their home. This jump in appreciation got us thinking about how much things have changed in the past two decades. We decided to take a look at the data for the past 20 years to find how much more you can get for your home in some of Springfield’s most popular subdivisions.

If you’d like to know the stats for your neighborhood, let us know in the comments on Facebook and we’ll dig ’em up for ya!

After steady value growth for 15 years, Rountree has seen a big jump recently. It has solidified itself as one of the hippest neighborhoods in town. It has a wide mix of homes too, from $600,000 showplaces to $100,000 bungalows with tons of character. Across the board, value have risen in a big way, posting a near 100% increase in value amongst sold properties since the year 2000. A lot of that can be attributed to further development and enrichment of the Downtown area and of Rountree itself.

University Heights is a classic Springfield neighborhood near the center of town. Its residents tend to stay put once they land there, but those who did change addresses have seen increases of more than 81% in value since 2000. That’s a pretty big return on investment! Another staggering number in University Heights is time on the market. The average time it took to sell a home in 2000 was just over 3 months. In 2020, it’s just 18 days!

Another classic Springfield neighborhood, Brentwood includes several different sub-subdivisions that make up a very popular southeastern section of the city. Home values have risen more than 73% here, with 39% of that increase occurring in just the last five years. The location will always be a selling point for any home in Brentwood. Another factor in the increase could be the popularity of complete remodels in the area.

Ravenwood also saw a massive increase in value over the past 20 years. Prices have increased by nearly $100,000 with more than half of that appreciation on average coming in the past five years. Its premier southside location makes it a mainstay in the city and it will never have a problem finding folks who are interested in calling it home.

Marlborough has grown since the year 2000 and so has the value of its’ homes. There are now nearly 800 single-family homes in the Marlborough neighborhood after several new additions have been added over the years. Its popularity has certainly helped the value of homes, along with its reputation as a quiet neighborhood with easy access to highways.

One of Springfield’s finest golf communities, Rivercut has always been a popular place to call home. It’s also at a higher price point, which can sometimes mean slower, steadier growth. Not in this case. Rivercut posted a 39.9% increase in value over the past 20 years. This growth is most likely due to the additions that have been built to the neighborhood and its status as one of the top tier communities in the area.

The ever-popular Spring Creek may have reached a new level in recent years, Not only have prices risen by 37.8%, but time on market has also decreased drastically since the year 2000. On average, homes sold in about 88 days at the turn of the century. Now, they’re selling in half that time.

Ironbridge saw a huge increase in home values post-2000 and then saw a slight drop off in the years following the housing crisis of 2008-2009. The subdivision fully recover its gains and then some over the past five years.  Overall, posting a 36.3% increase in value is nothing to sneeze at (due to COVID, please do not sneeze at it).

Carriage Park is a stalwart subdivision in south Springfield. Residents here have seen an increase in excess of 15% just in the past five years and more than double that since the year 2000. The location will always be a selling point for homes in Carriage Park. We don’t expect people to stop looking for homes on the south side any time soon.

Springfield isn’t the only place that saw tremendous increases in appreciation recently. Nixa, Ozark and plenty of other subdivisions in the area did as well. Let’s take a look at a few more outside of Springfield.

Bentwater has seen its average sale price increase well over $100K in the past 20 years. That’s a huge increase! Folks who have sold homes in Bentwater this year have gotten 44% more than those who sold just ten years ago. When we say prices are up, we really mean it!

Wasson Place started around 30 years ago and it’s still growing. The latest homes built have been on the higher end, but it offers a good variety of price points. The larger homes can be attributed with raising the values on average since around 2007.

Ozark Heights has been a go-to destination in Ozark since the mid-90s with most of its homes built right around the starting point of our study here. A homeowner that moved into a new home in the year 2000 could expect to see quite a return on their homes now, with the average increasing more than $100K, joining a club of only a handful of subdivisions we studied which have that much growth.

A classic Ozark neighborhood, Waterford has been quite popular this century, with more than 360 total transactions since Y2K. Any time we see numbers in the 40% range, it’s a good sign. Waterford residents can expect to get nearly 50% more than they could in 2000 these days.

Parkmor Heights in Nixa has seen steady growth in recent years. Much of it can be attributed to a boost in new construction from 2003 to 2006. The homes that were built during that time are still selling well today. 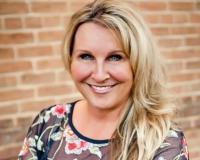 Real estate is my passion - but passion is just the spark. As your agent, I represent and advocate for you. I feel strongly that a successful real estate transaction involves finding a "win-win" for....

The coronavirus pandemic has remade what’s normal, and home buying is no exception. Typically, the real estate market tends to hit the brakes in the fall, as kids return to school and families

Appraisals are typically ordered by a lender, although owners can purchase a home appraisal on their own. Appraisals are done to protect the lender. An important thing to remember is that an

HOW MUCH HAVE HOME VALUES RISEN IN YOUR NEIGHBORHOOD SINCE 2000?JUNE 2, 2020 - compliments of Murney AssociatesHome prices in the Greater Springfield area are looking pretty good these days and that