This is corporate earnings season — a window into how companies are performing compared to their competitors. The general outlook for American businesses right now is rosy, which more than anything else explains the record stock market hot streak.

As for real estate, earnings reports may begin to show the growing divide between the old and new world — a separation of the pack from those stuck in the past and a new band of leaders.

Zillow killed it, approaching the symbolic $1 billion revenue mark this year and booking its first significant net profit — $9.2 million for the third quarter.

Trying to stop Zillow is like a Huaso (Chilean cowboy) trying to lasso a SpaceX rocket ship.

Tech broker Redfin booked revenue gains to the tune of $109 million in the third quarter for a net income of $10.6 million, up from $5.7 million the year prior. That is a big deal in an age when many traditional brokers are struggling to grow profits on razor-thin margins.

Redfin showed that its upstart, tech-driven discount (giveback) model works and unlike most brokers, it can generate impressive returns. Who scares Zillow? Redfin, because it has impressive consumer traffic — often straddling the one or two position when you search for a property — but also because it has a business model that scales and gets a piece of the commission action.

Side note: Another industry whipping boy is Compass CEO Robert Reffkin, who despite his many critics is stepping up to be a significant industry leader. Like most disruptive entrepreneurs, he bucks tradition, side steps “how things should be done” and is grabbing market share faster than yolk runs across a plate when the egg breaks. This week, Compass announced $100 million in funding on a $1.8 billion valuation, and outlined plans to take 20 percent of the market share in America’s top metros in the next two years.

Realtor.com also had a kick-butt showing along with other online real estate assets at News Corp. With $271 million in total revenue, “digital real estate” had a 20 percent quarter over quarter gain and posted a 42 percent jump in net income at $95 million. Don’t count Rupert Murdoch out of the real estate derby.

While online real estate seemed to jump the shark this quarter, the old school companies were more like a seniors swim class.

In fact, Re/Max did not even show up at the pool.

In lieu of posting its third quarter earnings results, Re/Max announced that the company is conducting an internal investigation into co-CEOs Dave Liniger and Adam Contos and looking into “allegations of wrongdoing in employment practices and conduct.”

Jettisoning an earnings call is like a canceling a wedding. WTF? More questions than answers, more gossip than fact and a black mark that is hard to recover from.

Realogy more than showed up for its earnings call, but the real estate powerhouse struggled in the quarter.

Reversing gains from Q2, Realogy reported $1.7 billion in revenue, but only a 2 percent increase year over year, for an overall profit of $95 million for the quarter.

It blamed externalities, not its own execution, like hurricanes and the shortage of listings.

But face it, the company is going through an executive makeover, new CEOand a completely reshuffled management team.

The darling of the old world is Keller Williams, which is short on financial details because it is not publicly traded, but again showed impressive year over growth in sales volume (16.3 percent) and a 7.3 percent increase in transactions.

2018 is shaping up to be a growth year for most American companies, many of which are investing, hiring and acquiring other firms.

The last shackles of the Great Recession have been shed.

For real estate, the competitive battles will be fierce next year with the new kids on the block delivering serious blows to the old guard. 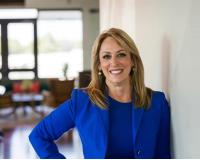 Best Houseplants For Your Bathroom

Best Houseplants for Your BathroomA simple and inexpensive way to incorporate life and color into any space in your home is by adding plants. When you think about incorporating plants into your,

What Is Happening In The Real Estate Industry NOW

Trend 1: Homebuying will dip for springThe spring homebuying season is headed for a slowdown that will last, at minimum, until summer, experts predict. As the housing gears grind to a halt, fewer

Everyone wants their patio or lawn to look its absolute best without spending a fortune, doing an enormous overhaul of the existing layout, or fixing what's not broken—and we know that.

DIYby magnolia Spring cleaning is something I have to really get in the zone for. There’s no better feeling than coming home to a clean house—which is my motivation for my annual deep


Should you require assistance in navigating our website or searching for real estate, please contact our offices at 417-860-6505.

The data relating to real estate for sale on this web page comes in part from the Internet Data Exchange (IDX) of the Southern Missouri Regional MLS, LLC, Inc. Real estate listings held by Brokerage firms other than Weichert, REALTORS - Good Life are marked with the IDX logo and detailed information about them includes the name of the listing Brokers. The information being provided is for consumers personal, noncommercial use and may not be used for any purpose other than to identify prospective properties consumers may be interested in purchasing. The information being provided is not guaranteed, and all information should be verified by the consumer. Any representation that a web site contains all listings shall only mean that the website contain all listing available to the public through the IDX data feed. There may be other properties offered through a REALTOR that have not been displayed on this site. ©2020 Southern Missouri Regional MLS, LLC. All rights reserved. Data last updated: April 10, 2020 4:25 AM Show More...